The coronavirus pandemic has brought financial struggles to many millions of Americans. As a result of these financial difficulties, many are having problems paying their rent, mortgages, and other obligations. This has resulted in frustrated landlords and lenders and will result in a significant increase in eviction and mortgage foreclosure lawsuits.

This financial struggle is occurring through all classes of people and for both residential and commercial properties.

As an example of how this is not just a lower class problem, let’s look at New York lawsuit involving Noah Syndergaard, who is a 27 year old star baseball pitcher for the New York Mets. He was one of baseball’s best pitchers until various injuries plagued his career. He is set to earn $9.7 million for the 2020 season, which has been postponed as a result of the pandemic.

He is being sued in a Manhattan court after missing rent on his $27,000-per-month Tribeca apartment. He had signed an eight-month lease on a three-bedroom, 2,700-square-foot duplex beginning March 20 and ending in November (the baseball season). The lawsuit states that Syndergaard never moved in and has not made any rent payments. The landlord alleges that Syndergaard “treated the binding Lease like an option.” The landlord states in the lawsuit that after signing up for the rental, Syndergaard “decided not to take possession of the Leased premises, Syndergaard repudiated and abandoned his obligations under the Lease, refusing to take possession of the Leased Premises, and declining to make any of the required payments.”

The lease was signed one month before a citywide shutdown was put in place in response to the coronavirus pandemic. The Major League Baseball season was suspended on March 12. Four days after Syndergaard’s lease was scheduled to begin, his season officially ended when he opted to undergo Tommy John surgery. These factors apparently changed Syndergaard’s plans for the summer and he decided not to move in to his luxury apartment. After he didn’t move in, his lawyer informed the landlord he was free to re-rent the duplex since Syndergaard had “no intentions” of moving in. The landlord seeks damages of $250,000, representing the entire amount of the lease payments.

Syndergaard commented on the lawsuit on on Twitter: “So let me get this straight. “I fairly, and in good faith offered to pay two months rent (over 50K) to a landlord for a place I was never going to step foot in due to a global pandemic that took a severe toll upon the residents of NYC, gave timely notice to attempt to try and re-rent, while getting [Tommy John surgery] and now living in Florida for rehab, and the landlord tries to extort me for 250K while leaking this story to the media, and I’m the bad guy? “Yeah, OK. See you in court pal.”

As you can see, the coronavirus has affected even those who can afford to spend $250,000 on a nine month apartment rental. Syndergaard’s position may be difficult to defend unless the landlord made no efforts to mitigate his damages, something that a landlord is required to do (at least in Florida) if a tenant breaches rental obligations.

Cotzen Law often handles disputes between landlords and tenants and is happy to discuss these issues with you, including where tenants cannot pay their rent due to the global pandemic. 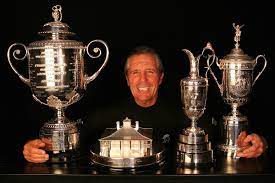